We’ve heard all sorts of strange and wonderful post-gig questions from guests at events in recent months – it was about time we wrote some of them down! The following list is just a few of the things that get said to our bands on a near gig-to-gig basis. Some of them from drunken people, some of them from sober people, most of them accidentally offensive to a musician in some form or another, but all said in good fun (we think?!).

Ooh, no – it’s not even possible! X-Factor is for solo singers and girl/boy bands – not live bands with instruments, amps, drums, pedal boards, cables, and a microphone for every voice, amp and drum kit piece. It wouldn’t go down well if a group walked on stage at live auditions and said “Simon, it’s going to take us about an hour to setup our gear, don’t go anywhere!” Not that anyone of us would dare speak to Simon in that way. He could probably erase anyone’s music career with a click of his fingers!

This is probably the most accidentally offensive of all questions so I had to get it in there early. This answer is this… Between weekly rehearsals and a 3 gig weekend, a working week for a professional musician often equates to around 30-40 hours on the job. And a lot of musicians teach their instrument for around 10 hours per week as well. So the answer to that question – if not a very good answer – is usually just “this”. Boring, isn’t it?!

Believe it or not this is probably the most common thing that gets said to our bands! They might look pretty young for the most part but you can probably put that down to the beautiful lighting as much as anything else… Their average age is actually around 25 – often the same age, if not older than the person asking the question.

4. Are you guys students?

This one is pretty much a combination of the two questions above packaged into a quick jab in the ribs. It’s another accidentally offensive question to be asked when you’re 25 and half way through a 12 hour work day. To be fair, some professional musicians might be music students, but I’d hope most folks could tell the difference between them at the age of 19 and the age of 25!

A band might be able to play your song request on the spot, but they’ll have spent hours in the rehearsal room committing it to memory, so asking them to ‘put a song on’ like they’re dropping a needle on a record player is something that’s a bit offensive to a musician.

It’s usually a drunken guest at a wedding that asks this one. First of all, it’s a bit lazy for a band to let someone else do their job! Secondly, standing on stage with a live band is a very loud place to be, so much so that you can’t actually hear yourself sing, nor can you can’t hear your voice coming out of the speakers because you’re standing behind them, so imagine how bad a wobbly drunken chap singing without being able to himself sounds… It’s usually not good!

7. Can I play your guitar/drums?

This one usually comes from people at the end of the night. Again, from people you could only describe as ‘blottoed’! It’s probably fair that a musician doesn’t want to hand over their instrument to anyone that’s had a few too many. A guitar is very easy to drop, and you can put a drum skin through if you hit it in the wrong way – not to mention it sounds bloomin’ horrendous when played by a random drunk person! The answer to this one is a pretty standard “nah, sorry man!” On the other hand, we’ve had a few brides ask for a picture with a guitar over their neck and of course we can’t deny that one. In fact, scratch everything – that’s exactly what we DO want!

So there you have it – avoid these questions at all costs next time you see a live band strutting their stuff. They’re probably older than 12, so that one’s easy, but anyone can fall into the trap of wanting to play the drums loudly and horribly after about 6 pints – that’s the one to watch out for.

If you ask any musician about a band they like they’ll probably talk to you for hours. Actually, you could probably just whisper key names like ‘Jimmy Page’ or ‘Keith Moon’ somewhere in the vicinity and they’ll come over to see what you’re chatting about. And if you ask them the all-time favourite of any musician, “do you want a drink?” you’ll likely have a friend for life. But hey, beggars can’t be choosers! 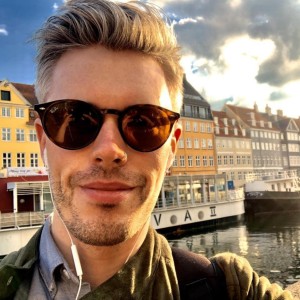 Dan is the founder of Band Factory. He has a love for all things music his next creation is a tap that pours Yorkshire Tea (patent pending).
PrevPreviousOur Favourite Wedding Photographer in Lincolnshire
Next10 Tips to Make Your Wedding More FunNext

We’re hosting a wedding band showcase on Thursday the 19th of March at The Regent Hotel, Doncaster – all forms of our bands will be strutting 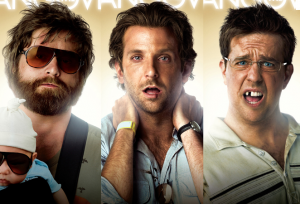 Stag Do and Hen Do Ideas for Music Lovers

So, you’ve been given the pleasure and privilege of being the best man/maid of honour on your closest friend/family member’s big day, but wait! The 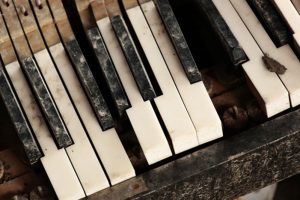 What Can Go Wrong When You Hire a Wedding Band?

It’s a valid question, so let’s not beat around the bush! What if something goes wrong on the day of your wedding? There are a few